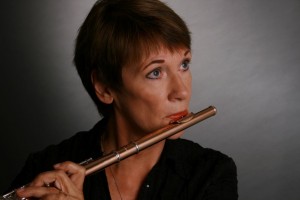 Mirjam Nastasi was born in Utrecht, the Netherlands. She studied flute in Freiburg with Aurèle Nicolet and Nikolaus Delius and musicology with Prof. Eggebrecht. Back in Netherlands she started her career at the age of 24 as a flute teacher and colleague of Frans Vester at the Koninklijk Conservatorium voor Muziek in The Hague. She finished her studies in musicology in Utrecht with Prof. Reeser.

She initially focused on contemporary music with various new music ensembles. Later on she took deep interest in early music and the baroque flute, playing with musicians such as Frans Vester and Bob van Asperen. On the traverso she performed premiere recordings of solo concerti by Leopold Mozart, Johann Adolph Hasse and Pietro Nardini for SWR Radio.

Apart from many recitals with piano she played in Germany and abroad with Sonja Prunnbauer (guitar), Kirsten Ecke (harp) and Martin Schmeding (organ), also with chamber music ensembles such as Consortium Classicum. Participation in events and festivals such as Frankfurt Feste and the Orlando Festival.

Mirjam Nastasi regularly gave chamber music courses at the International Chamber Music Academy Frenswegen and masterclasses in Germany, the Netherlands, Poland, Luxemburg and Italy. She has been a regular jury member at international competitions in Bayreuth, Krakow and Markneukirchen.

She published on topics of performance practice and rhetoric in music in TIBIA and Flöte aktuell with a special focus on C. Ph. E. Bach and W. A Mozart.

Nastasi has been a contributor to the Flute Library and edited for music publishers Broekmans & Van Poppel in Amsterdam, for Universal Edition in Vienna and Edition Peters in Frankfurt. Here she edited Die Soloflöte, a collection in four volumes with the most important solo pieces from Hotteterre to Berio. The last volume became the price Best Edition 2007 from the Deutscher Musikverleger-Verband.

The same title was given to four cd’s edited by Ars Produktion with works of those volumes, many of them performed for the first time. The next cd production with works for flute solo composed after 1960 will be published soon.